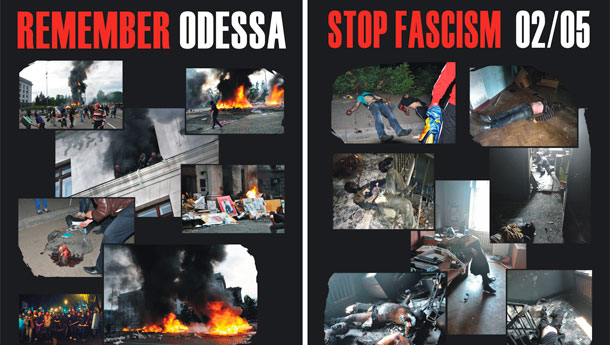 No U.S.-Ukraine War on Donbass and Russia!

Stop the Drone Strikes on Civilians!

Justice for the Victims of the 2014 Odessa Massacre!

For seven years now, the right-wing government of Ukraine, supported by the United States and other Western powers, has been at war with the people of the independent Donetsk and Lugansk republics in the Donbass region of Eastern Europe. Some 14,000 people have been killed, according to the United Nations. The people of Donetsk and Lugansk live under a brutal military blockade imposed by Ukraine and its Western allies.

On March 22, a 71-year-old pensioner was killed by sniper fire near the capital of Donetsk.

On April 4, another Ukrainian drone strike wounded a civilian in Nikolaevka, Lugansk.

Many members of the antifascist People’s Militia have also been killed while defending residents.

Since January, Ukraine has been building up its military forces on the front line of the conflict. It uses prohibited weapons, targets civilians, schools and homes in violation of international law and regional ceasefire agreements.

Battalions of troops affiliated with neo-Nazi organizations have been sent to the region, replacing regular Ukrainian army troops. But the Ukrainian and U.S. governments and mainstream media blame Donetsk and Lugansk for taking steps to defend themselves, and threaten Russia for pledging to protect the people there if Ukraine invades.

Meanwhile, workers of all nationalities across Ukraine suffer repression, joblessness and price hikes while their government sells off the country’s resources to Wall Street.

The U.S. government, under both the Trump and Biden administrations, desperately wants to stop the Nord Stream 2 pipeline project that would allow Germany and other Western European countries to purchase Russian gas. Children, elders and other civilians in Donetsk and Lugansk are considered expendable targets by Kiev and Washington as they try to provoke a crisis to give them an excuse to further NATO military expansion and punish Russia.

In recent days, the U.S. and NATO have been warning of a Russian military build-up near the Ukrainian border, but never mention that one of the largest U.S. Army-led military exercises in decades has begun and will run until June: Defender Europe 2021, with 28,000 troops from 27 countries operating in a dozen countries from the Balkans to the Black Sea, which borders both Russia and Ukraine.

This is where the real danger of war is coming from. We say no!

Our joint call for international actions is related as well to another horrific tragedy.

May 2, 2021, marks the seventh anniversary of the Odessa Massacre, when a massive mob led by openly fascist organizations murdered scores of people at the House of Trade Unions in Odessa, Ukraine. In February of that year, a right-wing coup backed by the U.S. government overthrew the elected president of Ukraine, unleashing neo-Nazi organizations against anyone thought to oppose the coup, especially Ukrainian citizens of Russian ancestry.

It was that coup – rarely mentioned by any Western media in coverage of the region’s current rising tensions – that led to the majority-ehtnic Russian people of Donetsk and Lugansk to declare themselves independent of Ukraine. For the same reason, the majority-Russian ethnic people of Crimea held a referendum in which they decided to reunite with the Russian Republic, which they had once been a part of. It was the right-wing coup that precipitated these events, not “Russian aggression.”

On May 2, in Odessa, a multi-ethnic city on the Black Sea, progressives had gathered outside the House of Trade Unions on Kulikovo square and were gathering signatures on a petition demanding that the Odessa province have the right to elect its own governor, rather than be appointed by the new right-wing central government.

Without warning, they were attacked by a much larger, fascist-led mob. They retreated into the five-story trade union building, which the mob then set on fire. At least 42 people died from the flames, smoke inhalation or from being beaten to death after jumping from the building’s windows to escape the fire. To date, not one person has been convicted of participating in the massacre, even though there are scores of cellphone videos of the events. (Just google “May 2, 2014, Odessa.”) Further, the Ukrainian government has never allowed an independent international investigation of the tragedy. Meanwhile, the U.S. government continues to support both the Ukrainian government and the neo-Nazi organizations that back the coup and led the attack in Odessa.

Some of these organizations, including the Azov Battalion, have linked up with U.S. white-supremacist groups, providing them with paramilitary training.

Each year on May 2, despite the threat of attacks by the fascists, Odessans gather at the site of the massacre to pay their respects to those who died there. And each year, antifascist organizations throughout the world hold local actions to show their support and to press the Odessans’ demand for an international investigation into the tragedy. (For more information on the Odessa Massacre, see: https://odessasolidaritycampaign.org.)

The people of the United States, United Kingdom, the countries of the European Union or any other country would gain nothing from a war with Russia, the only purpose of which would be to promote the profits of Big Oil, other corporations and banks. We are the ones who would pay the price, in blood and resources. We don’t want U.S. troops or any other soldiers to be sent to fight and die in another needless conflict. And we cry out against the U.S. proxy regime in Ukraine killing our sisters and brothers in Donetsk and Lugansk.

End U.S. aid to the Kiev regime! End all U.S. wars and sanctions!

In solidarity with the progressive people of Ukraine, we demand the following:

1 – An independent international investigation into the Odessa Massacre of May 2, 2014.

2 – An end to support by the governments of the United States and other Western powers for the neo-Nazi organizations such as Right Sector, Svoboda Party, C-14 militias and the Azov Battalion.

3 – An end to military support for the Ukrainian government in its war on the people of Donbass, who refuse to be dominated by the right-wing government.

4. Pressure the Ukrainian government to outlaw the neo-Nazi organizations in Ukraine.

5. Ban entry to the U.S. or countries of the European Union and their allies by any members of Ukrainian neo-Nazi organizations.

6. An international Investigation into the financing of Ukrainian neo-Nazi organizations by Ukrainian official leadership, with the imposition of international sanctions on those found guilty.

Further, we call on all progressive organizations around the world to hold vigils, rallies, public meetings and other events on May 2 to raise the above demands.

This Statement was initiated by the U.S. organizations Odessa Solidarity Campaign (http://odessasolidaritycampaign.org) and Solidarity with Novorossiya & Antifascists in Ukraine (https://www.facebook.com/UkraineAntifaSolidarity) and is supported by the Union of Political Emigrants and Political Prisoners of Ukraine, among many other organizations.

TO ENDORSE THIS STATEMENT, REPORT ON LOCAL MAY 2 EVENTS OR FOR MORE INFORMATION, CONTACT:

A project of the Virginia Defenders for Freedom, Justice & Equality 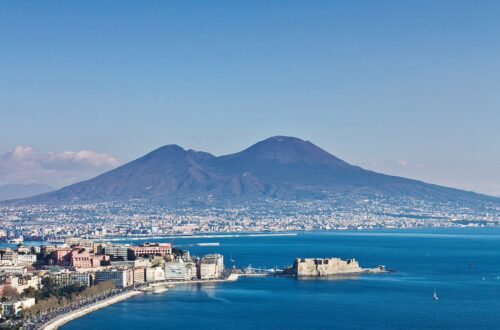 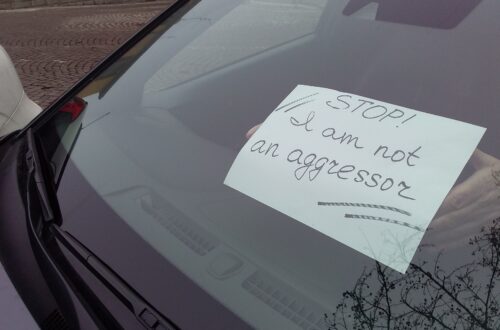 WAR TRAMPLES ON EVERYTHING AND EVERYONE